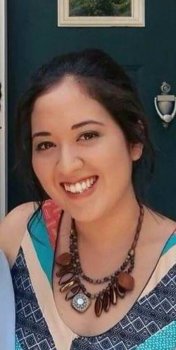 A five-year-old Sarah was once asked by her father, "which instrument would you like to play?" With a grin, Sarah answered "Piano! because I love pressing buttons." Seventeen years later, pianist Sarah Monroe received a Bachelor's of Arts degree in Psychology and Music from The Catholic University of America in Washington, DC under the instruction of Dr. Ivo Kaltchev. Previously, she studied for five years with Dr. Dmitri Nazarenko. Miss Sarah as a performer has played at such places including the University of Maryland College Park, The Kennedy Center and the Benjamin T. Rome School of Music.  Sarah performs many different styles of music including solo, accompaniment, chamber music, musicals, band and orchestra.  She specializes in teaching classical piano.

Sarah is happiest when teaching. She has been teaching private piano lessons since 2007 with students as young as three to adults. Instructing classes is also comfortable territory for Sarah.  Over the years filled with collaborating, performing, teaching, practicing and especially listening to music, her appreciation for the art continues to grow.  In a restless and ever-moving world, Sarah strives to guide people through an art that encourages creativity, enforces self-discipline and facilitates expression beyond words in the refreshing and auspicious environment that is Pritchard Music.

Sarah's hobbies outside of music include cross-stitching and reading. She also spends lots of time with her son Oscar.