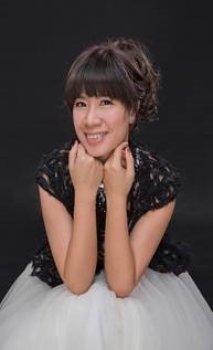 Soprano Melody Chiu, originally from Kaohsiung, Taiwan, received her Bachelor of Music Degree from Taipei National University of Arts. She received an artist scholarship from the United Daily News Organization three years in a row from 2004 to 2006. She then received a two-year scholarship from Texas State University in 2008, and completed her Master of Music in voice performance in 2010 studying under Ms.Cheryl Parrish.

During Melody's studies in the United States, she advanced to the final for the National Association of Teachers of Singing competition in the southwest Texas area.

After graduate school, she was invited to be the conductor of the Austin Moon Light Choir as well as the Austin Tzuchi Choir. In 2014, she was the director of the Great Washington Taiwanese Presbyterian Church Choir. In 2015, she was invited by Great Washington Taiwanese-American Choir and thus started her role as choir conductor in the greater D.C. Area. In 2016, she became the Washington DC Taiwanese School children’s choir conductor, actively performing in the Greater DC area. Adding to her role as a professional soloist, Melody recently became the music program/concert director as well, playing multiple roles in her career. In the summer of 2017, she will be the music program director of TACEC(Taiwanese American conference East Coast) concerts.

As well as focusing on her professional music career, Melody also devotes herself to music education. Under her instruction, numerous students have won All-State prizes and leading roles in musical theater. She is also currently a voice teacher at Pritchard Academy of Music.